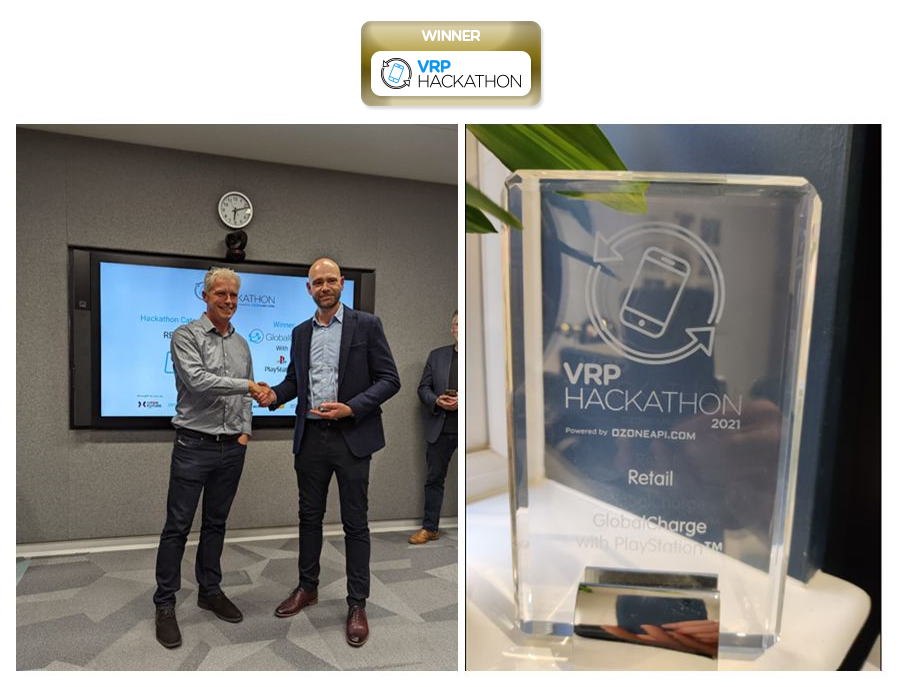 How Variable Recurring Payments (VRP) are changing the recurring payments landscape (we won a Hackathon award!)

Managing the payment side of subscriptions has always been a headache for eCommerce companies. Card schemes are continuously raising fees and changing terms, and direct debits are expensive and have long settlement times.

Open Banking provides a better alternative to companies that rely heavily on card payments. And for those that rely on subscriptions, there’s a new type of technology based on Open Banking that also helps reduce costs and increase efficiency. The technology is called Variable Recurring Payments (VRP) and is due to go live in the UK in 2022.

Open Banking provides a better alternative to companies that rely heavily on card payments. And for those that rely on subscriptions, there’s a new type of technology based on Open Banking that also helps reduce costs and increase efficiency. The technology is called Variable Recurring Payments (VRP) and is due to go live in the UK in 2022.

We’re also excited to showcase a potential use case for VRP payments which we won an award for (more on that below).

To understand VRP, it’s first important to understand Open Banking. The main idea behind Open Banking is that it is a modern way for merchants to accept payments which bypasses card networks and card schemes (for more information, head to the official Open Banking website).

Essentially, it works as a direct bank transfer which can be enabled by a licensed third party. It’s a rapidly growing payment method with already over four million consumers in the UK using it regularly.

But recurring payments are still not optimised for Open Banking. Although merchants can set up recurring payments via standing orders, these are far from ideal: the user flow is clunky, payment schedules are not flexible and merchants don’t have control over the payment frequency and amount.

This changes with Variable Recurring Payments. With VRP, merchants are able to set up flexible recurring payments on Open Banking rails. Payments are therefore cheaper and settle faster, and customers are able to manage all their subscriptions from their bank account — hence why they’re called “smart direct debits”.

The first VRP use case is “sweeping”: a type of VRP where users can move funds from one account to another (e.g. setting up a regular transfer between a current account and a savings account).

The Competition and Markets Authority (CMA) has set a deadline of July 2022, by which banks need to have the technology for sweeping in place. We’re hopeful that VRP beyond sweeping — including recurring payments for merchants — will follow shortly after.

How are VRP payments better than direct debits?

If your company handles many direct debits, then you already know the hassle of managing them as a payment method. Direct debits are pull payments, which means merchants are the ones required to initiate the transaction and set up an agreement (the mandate).

If your company handles many direct debits, then you already know the hassle of managing them as a payment method. Direct debits are pull payments, which means merchants are the ones required to initiate the transaction and set up an agreement (the mandate).

These contracts are often paper based, making the process highly manual and time consuming. Direct debits also take at least three days to settle, and repayments due to insufficient balance are expensive and time-consuming.

VRP payments are instead initiated by the customer, thereby removing any need for a paper agreement. The customer can choose when to start and end a relationship with a merchant, and can set their own payment limits (e.g. setting their Amazon spending to no more than £50 per month). Customers can see all their subscriptions clearly within their banking app, and only need to complete Strong Customer Authentication (SCA) once — which means no authentication is required for each following payment from the same merchant.

VRP payments also hold all the same benefits as Open Banking payments, which means they are cheaper, faster and more customer-friendly than direct debits.

What does the user flow look like in practice?

Glad you asked! In November 2021, OzoneAPI launched a VRP hackathonwith the purpose of testing and demonstrating the potential of VRP.

At GlobalCharge, we partnered with Sony Playstation to showcase what a subscription using VRP would look like when buying a game through their website interface.

We’re proud to say that we won an award for the retail category. You can see how VRP could work for a subscriptions here:

Since VRP payments are based on Open Banking, they bypass nearly all intermediaries including card schemes and networks. Open Banking payments are therefore significantly cheaper than card payments.

Operational costs to merchants are also much lower than with traditional bank transfer because there are no manual processes involved, such as reconciliation.

Direct debits take at least three days to settle, and card payments can take up to a week. These long settlement times are what make reconciling thousands of daily transactions complicated.

Open Banking payments are completed via Faster Payments, which means they are instant and reconciliation is a lot easier.

With VRP and Open Banking, customers simply need to authenticate a payment by logging into their bank account. Since they don’t share any details or input any numbers, merchants won’t have to handle as many errors.

Since Open Banking doesn’t require collecting customer data, companies don’t need to worry about data breaches nor having to handle PCI DSS compliance. Open Banking can be authenticated with biometrics, which also make it more secure than via SMS.

Why is VRP so revolutionary?

VRP has been called the “smart direct debit”. It’s also been called “the most important development in Open Banking to date”.

Although Open Banking enabled payments are cheaper, faster and more secure than card payments, customers still need to authenticate each time they complete a payment. With VRP, this authentication only happens once, and every following payment can be processed automatically.

As we’ve seen with the Sony Playstation demo, subscriptions are one of the prime use cases for VRP. Instead of storing cards on file and therefore risking data breaches and paying card fees, merchants can use VRP to enable ongoing authentication with their customer, all while paying lower fees, enabling instant settlement and higher security.

At GlobalCharge, we’re working hard on Open Banking use cases and will be ready to start implementing VRP when it goes live mid 2022. As payment experts, we are uniquely positioned to understand how Open Banking works, as well as how to use it to solve problems eCommerce merchants face. We believe VRPs are a key development in the

Interested in learning more? Learn more about what we do.